Adore Beauty is an Official Stockist of Hydropeptide.

HydroPeptide is a leading medi-spa brand founded on the principles of epigenetics. The products are formulated by a team of geneticists with over 60 peptides which are gene-signalling ingredients that can influence genetic expression in the skin. Peptides send signals to genes to influence the way cells behave by “switching on” and “switching off” genes. The result is the cells act in a healthy way to deliver anti-ageing benefits.

Peptides are like little messengers telling your skin cells to behave in a certain way. Some peptides will help with microcirculation in the skin but peptides are very commonly used in skincare to boost the skin's collagen production, creating more elasticity and helping to reduce the appearance of lines. Peptides are often combined with copper and this combination is particularly effective in triggering collagen production.

END_OF_DOCUMENT_TOKEN_TO_BE_REPLACED 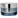 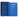 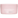 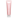 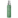 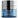 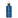 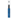 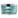 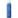 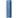 I enjoy using this eye mask

2 months ago
I am trying different eye creams and eye masks to keep my under eye area moisturised this summer. This product would be rated as one of the best ones I have tried so far. I like that the masks can stick onto your skin so you can put them on before the shower and take them off afterwards. Eye area does feel softer after use. 5 months ago
This cleanser isn’t bad I just didn’t like it for my skin. It also caused some small breakouts. I also really disliked the smell. Once I run out I will not repurchase 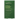 Good product but not sure it's worth the price

6 months ago
This worked great for me however I usually just use a supermarket brand and didn't notice a huge difference. This has a better smell and maybe better ingredients so maybe someone with sensitive skin would benefit but it's not for me.
Read all Reviews