Fragrance doesn’t always have to be so blue and pink. We’ve all smelled a more masculine cologne and absolutely loved it at least once - so why not wear it, or at least something similar?

Unisex fragrances are more available now than ever before, so we’re no longer limited to frilly pink bottles or the same 6 fragrances on offer at the chemist. Fragrances today allow you to be as feminine, masculine, or somewhere in between as you’d like.

What's The Difference Between Cologne and Parfum?

You may have never thought about it, but there is actually a difference between cologne and eau de parfum - it just doesn’t have anything to do with gender. A cologne is simply a more diluted form of an eau de parfum, meaning the concentration of fragrance is stronger in eau de parfums - though the smell of too much cologne may inspire the opposite thought.

There are no clear benefits to either form of fragrance. Both are totally suitable for any gender. So why do we limit ourselves? Over time, cologne and perfume began to be applied to specifically gendered areas of the fragrance shelves, but we don’t need to be divided. You can use whichever one you like the most, and we’ve got some great unisex options for you that are sure to capture just what you’re looking for - regardless of whether they’re a cologne or a parfum.

What Are The Best Unisex Luxury Fragrances?

The popularity of niche fragrances, or scents designed by smaller perfume houses with more specific notes and intentions, has driven this trend toward unisex scents, and we’re all the way here for it. Not convinced? We’ve got a few gender-neutral fragrances that are so stunning, we’re sure you’ll change your mind. 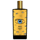 1
A Woody and Floral Fragrance With a Soft and Feminine Touch
Memo Paris Marfa EDP 75ml
$399.00

"I walked into the office after being outside on a lunch break and someone had just sprayed this. I have friends that wear Le Labo's Santal 33 and it immediately reminded me of that musky, sandalwood and cedar kind of smell but with a sexy, feminine depth to it. I guess that's thanks to the tuberose and orange blossom? It kind of reminds me of a warm summer night almost. I haven't found a new perfume that I've liked for years, but this is so intoxicating! I can't stop smelling myself... there goes my next paycheck! Who needs groceries when you smell this good?" - Renee (Adore Beauty Staff) ★★★★★

Embrace a slight touch of femininity with Memo Paris Marfa, a stunning unisex fragrance with a woodsy, sensual feel and just a dash of delicacy. Perfect for spring and summer days and nights, top notes of orange blossom and mandarin brighten this sultry fragrance, with heart notes of tuberose, agave, and ylang ylang resting in a warm base of sandalwood, cedar, vanilla, and musk for a soft, refined finish. Perfect for ladies looking for a pinch of sweetness or men comfortable with smelling amazing in a different way than usual, Memo Paris Marfa is an excellent choice for all genders.

"Another great memo fragrance. I feel this is not going to be a universally liked scent since it smells very niche. Fantastic longevity, amazingly realistic high quality notes." - M ★★★★★

From the stunning art deco bottle to the sultry leather scent, Memo Paris African Leather absolutely screams luxury. The perfect choice for anyone looking to exude status, success, and refinement, this spicy, sharp citrus is tempered by smoky, woody notes, building a showstopping scent that’s designed to impress. A top note of cardamom is balanced with bergamot, saffron, and cumin, bringing a brightness that’s softened by geranium, oud, and patchouli. The warm, rich base of leather, vetiver, and musk adds a sublime, luxe feel for the ultimate in a classy, gender-neutral fragrance.

3
A Woodsy, Fresh Musk With a Feminine Touch Grounded by Leather

"I bought this fragrance without smelling it first, I only read reviews of it online. This scent is beautiful. It's soft skin scent, but doesn't have that strong soapy smell that some CLEAN fragrances do. A great signature scent for any season, it's slightly powder and creamy. It reminds you of that friend who always gives great hugs and smells soft and clean." - Zhaowei ★★★★☆

Rock a gender neutral option inspired by another gender neutral feature: skin. A refined scent meant to evoke a soft, silky, fresh from the shower vibe, this is the perfect choice for those who want to smell warm and inviting. A great everyday scent, Clean Reserve Skin opens with a soothing note of Fresh Musk followed by Clean’s unique Warm Skin Accord and Tonka Bean. Salted Praline and Leather ground this gentle, seductive fragrance for a gender neutral option that’s both naughty and nice.

4
A Floral, Woody Musk With Accords of Balsamic and Leather.

"Very clean smell, sexy but not overpowering and long lasting with just 2 squirts. Received this as a sample and will definitely purchase a bottle when its done!" - Peta ★★★★☆

Slip into something more comfortable with Clean Reserve Sueded Oud Eau de Parfum. A seductive, subtle fragrance, Sueded Oud brings to mind polished wood floors and quaint studies of days past where secrets crept around every corner. Ideal for those who like to smell great without knocking your companions in the head with overwhelming spices or florals, this ideal unisex fragrance makes a statement without shouting- drawing you in with just a whisper of sensuality. Top notes of cypress, birch, and pimento give way to a heart of honeysuckle, oud, jasmine, magnolia, balsam fir and cactus for a rich, floral, and earthy center. This blends beautifully into base notes of suede, patchouli, amber, musk, and olibanum, putting a soft, sultry finish on this uniquely appealing fragrance. 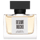 "It’s my favourite and I always get comments when I’m wearing it. It lasts and you don’t need to spray much. Highly recommended." - Lily ★★★★☆

Fresh, classic, and warm, this is the ideal fragrance for someone who likes to smell as elegant as they feel. Art Meets Art Besame Mucho is an beautiful leather fragrance, layered with fresh notes and seductive florals that come together to create a truly intoxicating scent. Art Meets Art Besame Mucho, inspired by the song of the same name, stimulates the senses with fresh pink pepper and aldehydes, bringing to mind a lazy summer breeze. Heart notes of orris and leather are firm but not robust, content to build the fragrance without overpowering other notes. Base notes of amber, sandalwood, and incense perfectly complement the rest of the fragrance, adding a depth and warmth you’ll not soon forget. This gender neutral scent smells like a very famous and sophisticated Sandalwood perfume.

An ideal scent for all year round, this fresh, clean scent has a slightly more masculine touch without overpowering the woodsy notes that make this fragrance so enticing. Top notes of Bergamot, Violet Leaf, Cardamom open this warm fragrance, blending softly into heart notes of Floral and Fir Needle. Base notes of Sandalwood, Cashmere Musk, Amber and Oudh ground the fragrance for a captivating blend that will make you feel super sexy. 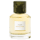 A smoky blend of citrus and insence, this eau de parfum is both sexy and mysterious. An androgynous cologne by a cult favourite perfumery.

Famous for their luxurious candles, Cire Trudon do not disappoint when it comes to perfumes and fragrances. This timeless EDP certainly works for modern times, while oozing with quality. Become enveloped in this intriguing smoky scent, perfect for a date or a night out to spark conversation. This is a masculine fragrance with notes of Cedar, Patchouli, Cade and Incense.

"Love this fragrance. Smells so damn good. The dry down is rich and beautiful. Honestly can't say much more. It just makes you feel and smell fresh all day. Performance is decent. Prefer it to Aventus personally. Just my opinion." - Simon ★★★★☆

Grab this new classic from classic fragrance house Creed for a fresh, masculine scent that’s perfect for both genders. Formulated to evoke irises after rain in the Irish countryside, this rich scent is perfect for those who love to smell fresh, clean, and maybe a little floral without dipping into overly sweet, cloying options. Top notes of lemon, Indian verbena, and peppermint energize the senses while violet leaves serve as the fresh, floral heart note. Base notes of sandalwood, amergris, and florentine iris ground this earthy, luxe scent, giving you fresh garden vibes without a single blade of grass touching your feet. For those who love fresh, verdant scents, you’re sure to love Creed Green Irish Tweed.

“This is a stunning masculine scent with citrusy notes of bergamot and rich hints of patchouli. Perfect for nights out.” - Ourania ★★★★★

Salvatore Ferragamo is a classic, stylish brand, and their Ferragamo Uomo Urban Feel EDT evokes the same feel of sophistication. A modern take on a fragrance: top notes of Coffee blend with heart notes of Cedar and base notes of Incense and Patchouli. It’s a rich, smoky scent that is striking without being overpowering. This also makes a charming gift for any true perfume connoisseur, particularly if they love unisex fragrances.

About The House of Creed

So why pick a side? Check out everything we’ve both got to offer with unisex fragrances, candles and essential oils. Take a walk on the wild side - you just might find your favourite new signature fragrance! Discover more fragrances in our guides:

So, let's recap the 9 Best Unisex Perfumes and Fragrances

Juliette Has a Gun Not a Perfume EDP Spray 7.5ml 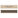 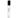 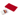 Map of the Heart DISCOVERY SET