Generations of expertise. A niche perfume house that is family-owned. At House of Creed, perfume is in the blood - 6 generations of fragrance genius.

Creed Perfume as we know it began as a tailoring house, creating quality pieces for the likes of Queen Victoria and Empress Eugénie. A fashion boutique that catered exclusively to royalty, Oliver Creed released a matching pair of cologne and aftershave to much success. Creed’s sheer quality and originality made their fragrances highly in demand as refined status symbols, with recognition from the likes of Napoleon III, Francois-Joseph and Elizabeth of Austria-Hungary. With an exclusive clientele, Creed opened their doors to the public only late last century, sharing their privately created fragrances with the public.

Though Creed Fragrance began in England, Creed is now Paris-based but their boutiques can be found across the world. To this day, Creed is still a father & son duo, working together to formulate fragrances in their own distillery so that they never risk compromising the quality or consistency of their work. Creed is best known for creating fragrances for the chosen few - royalty and celebrities who encapsulate a certain timelessness. Think David Bowie, think Frank Sinatra, think Grace Kelly.

What are Creed's best-selling perfumes?

Shop Creed online at Adore Beauty Australia, with free shipping and reviews from our trusted community of beauty lovers.

END_OF_DOCUMENT_TOKEN_TO_BE_REPLACED Creed Aventus for Her EDP 75ml 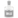 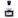 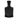 3 months ago
Love, but yes, it is $$$. Would be a great gift for someone important in your life, or just yourself!

4 months ago
I know this perfume comes with a beautiful & romantic history attached to it ,but, somehow , I wonder if they've managed to market this & lead we ladies to believe that in the purchasing of this exorbitantly expensive perfume that we too may become a part of that same dream. I found it a beautiful perfume & love the magic that attaches itself to these things.....but holy heck - $369 for 75mls ...

5 months ago
This is a really light, clean, soft scent that suits any season. Quite long lasting too, which is very surprising considering it is such a soft scent, but I spray at night and can still smell it on me the next day.
Read all Reviews