A man from Switzerland who went on to be known as “the most Parisian of fashion designers.” A connoisseur of arts and literature, Robert Piguet threw aside a career in finance to depart for the city of his dreams, Paris.At the age of 17 he started his career in fashion.

Working with Paul Poiret, a man who is considered the Picasso of 20th century fashion, Robert Piguet developed an eye for elegant simplicity. His couture showed that fashionable reserve was not the opposite of striking - with a knack for both refined daywear and flamboyant evening wear, Piguet went from success to success. With a charming and thoughtful demeanor, he became well known amongst the French elite, who would become his clients at his new luxurious couture salon on Champs-Élysées.

Robert Piguet was also known for having an impeccable eye for rising talent, having hired many internationally acclaimed designers to work at the house of Piguet before they became famous. And what a lineup - Hubert de Givenchy, Pierre Balmain, Christian Dior and James Galanos all began their spectacular global careers with Robert Piguet.

Piguet did not begin creating fragrances until the 1940s, when he collaborated with master perfumer Germaine Cellier. They created his vision that revolved around one of his playful new collections, where his models took to the runway with toy guns - the fragrance Bandit was born.

Though the Piguet fashion house closed in 1951, Robert Piguet continued to launch fragrances. Today, many of his classics have been relaunched, adhering as closely as possible to the original formulas with respect to the ingredients available to master perfumers now, and modern preferences. Robert Piguet Fracas is the classic example of this - designed for the high fashion femme, Fracas is just as delightful now as it was when it launched. The spirit of the inimitable fashion house of Piguet lives on.

Robert Piguet fragrances are only available for shipping within Australia.

END_OF_DOCUMENT_TOKEN_TO_BE_REPLACED 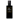 7 months ago
Dreamy elegance, this perfume is true to it's name - rose perfection.
Read all Reviews