It all started when Mr William Penhaligon, originally from rural Cornwall, arrived in the bustling city of London in the 1860s to seek his fortune. With skills as a barber, he set out with an open mind and his heart set on starting a business. To support his family he set up as a barber in hammam, the Turkish baths on Jermyn Street. This is how inspiration struck - Mr Penhaligon decided to bottle the wonderful aroma and with a creative flair, he blended what became the Hammam Bouquet.

A quintessentially British institution, Penhaligon’s became Court Barber and Perfumer to Queen Victoria. From the iconic bottles, to the fragrance recipes that William Penhaligon himself wrote, Penhaligon’s today uphold the same dedication to quality that made Penhaligon’s so famous. With ingredients sourced from all around the world, the word on the street is that Penhaligon’s is still loved by A-listers and royalty to this very day.

What are the most famous Penhaligon’s perfumes?

END_OF_DOCUMENT_TOKEN_TO_BE_REPLACED 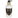 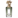 Penhaligon's Much Ado About the Duke EDP 75ml 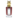 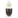 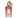 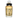 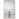 7 months ago
10 ml lasts long. All with good scents. Love the product!
Read all Reviews