The name Aesop is synonymous with clean, yet complex and nuanced fragrances - scents that evoke an emotion and that become instantly recognisable as iconically, intrinsically Aesop. Woven through every product, from hand washes to night creams, each Aesop product carries “arresting scent” in its DNA.

The journey to developing an Aesop has been a long one - and began with Aesop Marrakech. Now, Aesop has a whole wardrobe of fragrances -- Marrakech, Rozu, Tacit and Hwyl. The fragrance notes are unexpected and exotic but somehow also familiar and welcoming. No note is left to chance, as each Aesop perfume tells a story, creates a vision and asks its wearer are question: who are you today?

When somebody wears an Aesop perfume, they’re making a statement about the kind of person they are. Intentional. Considered. Enveloped in the luxury of every day.

Which Aesop Perfume will suit me best?

For those who enjoy warm spice, creamy woods and a unisex scent that evokes colourful, smoky, balmy nights in the North of Africa….Marrakech Intense, in the parfum, or the EDT.

For those who’d rather enjoy the lush, green wet of an ancient Japanese forest, exploring forgotten temples and abandoned trees, meet Hwyl.

For those who want a floral perfume that’s anything but ordinary -  Rozu - inspired by the entire life cycle of the rose - queen of the florals.

And for those who’d rather spend their summers crunching up limestone Mediterranean paths, coastline shrubs scratching at their ankles and salty breeze whipping at their ears - Tacit.

Is Aesop unisex? Is their an Aesop mens fragrance?

All Aesop fragrances (except Rozu, which leans more feminine) are intended to be worn as unisex fragrances. All genders can enjoy the unique scents - the world is your oyster.

Aesop fragrances are created primarily with ingredients derived from natural sources to achieve both brightness and depth. Where synthetic ingredients are used, their purpose is to extend the presence of essential oils on the skin for supreme longevity.

END_OF_DOCUMENT_TOKEN_TO_BE_REPLACED 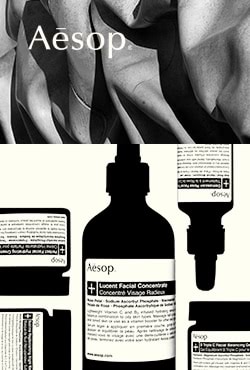 4 months ago
I am always a big fan of Aesop, especially their fragrance. The scent of tacit EDP is really fresh and unique, highly recommended! 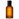 Gave me a headache :(

5 months ago
I was gifted this after smelling it on a friend. I was so excited to get it because it smells absolutely divine, however every time I’d put it on, I’d get a headache almost instantly. I usually only get this with big mass-produced perfumes, so I was really surprised. I sadly had to give it away to a friend :(. If you’re sensitive to smells, I would avoid. However if you’re not, definitely try it! ...

5 months ago
If you like spicy, warm, aromatic perfumes - this is the one. I love wearing it in the autumn and winter, as it feels warm and cozy. The scent lasts all day long and develops beautifully. Absolutely love this.